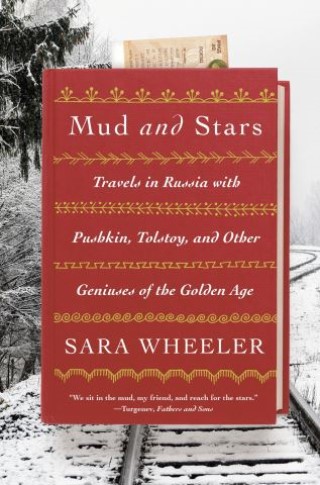 Travels in Russia with Pushkin, Tolstoy, and Other Geniuses of the Golden Age

ONE OF SMITHSONIAN'S BEST TRAVEL BOOKS OF THE YEAR

With the writers of the Golden Age as her guides—Pushkin, Tolstoy, Gogol, and Turgenev, among others—Sara Wheeler searches for a Russia not in the news, traveling from rinsed northwestern beet fields and the Far Eastern Arctic tundra to the cauldron of nation­alities, religions, and languages in the Caucasus. Bypassing major cities as much as possible, she goes instead to the places associated with the country’s literary masters. With her, we see the fabled Trigorskoye (“three hills”) estate that Pushkin frequented during his exile, now preserved in his honor. We look for Dostoevsky along the waters of Lake Ilmen, site of the only house the restless writer ever owned. We pay tribute to the single stone that remains of Tol­stoy’s birthplace. Wheeler weaves these writers’ lives and works around their historical homes, giving us rich portraits of the many diverse Russias from which these writers spoke.

As she travels, Wheeler follows local guides, boards with families in modest homestays, eats roe and pelmeni and cabbage soup, invokes recipes from Mastering the Art of Soviet Cooking, learns the language, and observes the pattern of outcry and silence that characterizes life under Vladimir Putin. Illustrated with both historical images and contemporary snapshots of the peo­ple and places that shaped her journey, Mud and Stars gives us timely, witty, and deeply personal insights into Russia, then and now.

Sara Wheeler: SARA WHEELER is the author of many works of nonfiction, including Terra Incognita: Travels in Antarctica, The Magnetic North (winner of the Banff Adventure Travel Prize), and Trav­els in a Thin Country. She contributes to a wide range of publications, including The New York Times, The Wall Street Journal, Vanity Fair, and The Daily Telegraph, and broadcasts regularly on BBC Radio. She lives in London.